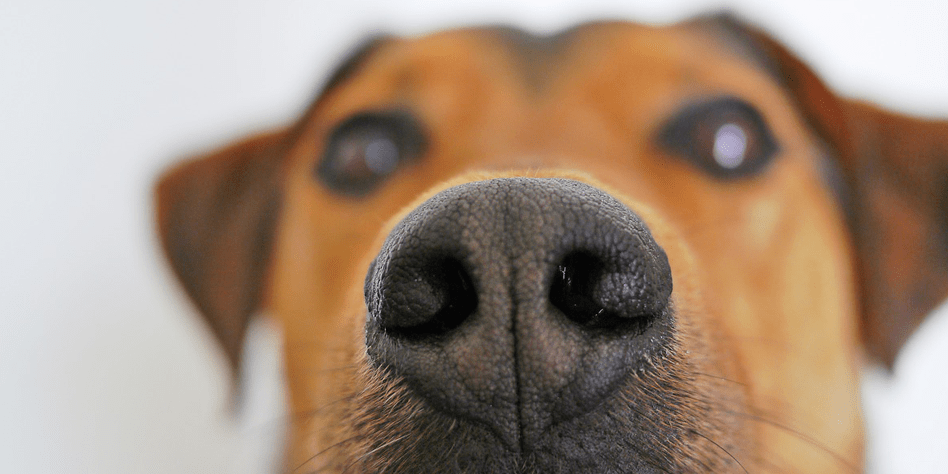 Today, I want to talk to you about some of the more repugnant odours that you can encounter online.  You might be sitting there thinking, “But Sean, the interwebz is all virtual, it has no smell.”

And that my friend is where you’re wrong.  There are a number of distinct aromas that you run across periodically and from my experience, none of them are any good.  Think of them like rotting fish, that’s the unpleasant smell I’m trying to get across to you.

Alright, let’s go – here are four smells you should pay attention to and run the other way from online.

You’re sitting there happily scrolling through Facebook or watching something on Netflix when an email arrives.  You open it up and you’re immediately told that you must take action, right this very second!  The person sending the email is selling their “high ticket blueprint/system/frauduct” to the first 47 people for the rock bottom price of just three sea shells and one half used crayon!

You make a face, look around to see if your dog farted or something because you’re not sure where it’s coming from, but there is a very pungent odour of desperation in the air.  It’s important at this point to just focus on keeping your last meal down until the smell passes.

I’ve intentionally highlighted two dirty pieces of desperation in that scenario: one is the unrealistic discount and the other is false scarcity.

Let’s start with false scarcity first.  Don’t use it.  It’s a terrible tactic.  It absolutely works on some people, but so does pickpocketing and socially engineering people out of their bank PIN number.

When you’re selling a digital information product your cost of distribution is virtually nil, so saying you only have “47 copies left” is mind numbingly stupid.  Everyone knows it’s not true.  You might have a launch sale or something where you make 100 copies available as discount, but make sure you limit it strictly and you do what you say you’re going to do.

The better way to use scarcity legitimately is with time and for a purpose.  With the Casual Marketer Monthly Newsletter I have the Foundation Members program that I wanted to run for the first three months.  That gets people a really low discounted price, locked in forever as long as they stay a member and they will get access to some things along the way that will be special.  However, that program WILL close and it will NEVER open again.  That’s not false scarcity, that’s defining limits and sticking to them.

When you use legitimate scarcity with a purpose, it can generate plenty of sales because people don’t want to miss out.

The second desperation element that people fall back on that is stinky poo is the unrealistic discount.

I’m going to be completely upfront here, there are people out there who are totally breaking the law with the way they do their pricing.  They advertise their product or service at a price that they have never sold it at and have no intention of ever selling it at and mark it down with a big discount.  That is just outright fraud and false advertising.

Aside from that though, there are people who suddenly drop their price to “OMG! You’ll never believe how generous I’m being” levels.  Or the other one I’ve seen one person use twice this year, “Our boss is away so we’re sneakily offering all of our products at any price you want to pay, just email us.”

That’s just horrible desperation.  Don’t be these people.  Trying to convince your audience that your stuff is worth a lot of money when you consistently offer it for less than the price of a Big Mac, is not doing you any favours.  Just avoid people like this because they’re not being straight with you.

Moving on the next stench wafting up the makes us dry wretch is the disgusting smell of failure.  This smell is the second cousin twice removed on its mother’s side from the smell of desperation.

I can spot the smell of failure a mile away, it’s like I’m some kind of failure bloodhound.  These people bounce around, never actually “DO” anything and spend much of their time talking about how they are going to “10x” whatever they are working on.  There is almost always a bad idea being sold as a “game changer” and your lizard brain is screaming out, “this sounds like madness.”  That’s because it probably is.

There’s a new phenomenon over the past few years about people celebrating failure and wearing it like a badge of honour.  It’s an export from those sharp minds in Silicon Valley and San Francisco.  They bang on about how failure is all part of the learning process and everyone needs to fail.

Absolute rubbish.  It’s easy to take that attitude when you’re stumping up to the casino of life with someone else’s money.  I’d be “all in” on my new idea for “InstaSnapLineBook for Over 60’s” too if I was having people toss money at me without any expectation of success.  I mean, who cares if we lose someone’s pension fund, we could be buying into the next Uber!

It’s not ok to fail.  It happens and you should learn from it, but you shouldn’t be totally indifferent towards it or like some of these muppets, celebrate it like you just earned a place on the PGA Tour for finishing last in Q-School.  Failure should hurt, it should be embarrassing and there should be some financial pain involved for the people who created and ran the failure.

Unfortunately, too many people seem to have some kind of body spray that prevents the stench of their failure from getting into the fabric of their clothes or their neatly groomed hair and beards.  Failure doesn’t seem to stain them at all or give them pause for thought.

If you can spot these people, run the other way… Or stand still because they’ll just trip over their own feet and move on to the next scheme.

If you’ve been online for any length of time, you will have no doubt encountered the ever present scent of bullsh*t from folks pretending to be big time players when they don’t have a pot to piss in or a window to throw it out of.

This one can get really confusing for people who are new to marketing their products or services online.  They worry that they don’t have a bunch of successful clients or they haven’t made six figures in the last thirty days like all their competitors say they have.

The truth is, that if you don’t have legitimate results to share, you just don’t.  There’s nothing you can do about that.  Does it make it harder to position yourself?  Absolutely, but that’s just a copywriting issue that you need to overcome.  Pretending that you’re super successful and going to extreme lengths to trick people is a very poorly thought out strategy.

If you run across someone trying to sell with a fake persona of success, just plug your nose and go the other direction.

4) Promoting Something You Don’t Believe In

One of my least favourite things in the world is having to take our garbage bin from the side of our house out to the street.  I hate the smell of rotting garbage.

This goes back to a summer when I was fifteen and I had a summer job working at a big condo/apartment complex that my older sister worked at in the administration department.  At the time, minimum wage was about six bucks an hour and she managed to swing me a job for twenty dollars an hour in the complex.  To quote Borat, I was “King of the Castle, King of the Castle…”

Unfortunately, the job consisted of me riding around the back of a tractor, moving massive garbage dumpsters away from the garbage chutes in each building, hooking it to the tractor and pushing a new one into its place.  You could imagine the smell of garbage from hundreds of tenants in each building, in the heat of summer.

I’m not going to lie to you, it sucked.  Those giant garbage dumpsters filled with garbage were heavy and I had to move them by hand much of the time.  I would go to my sister’s condo, shower and change clothes at lunch just to get the sweat and stench of garbage of me.  The water pouring off me would be black with dirt.

That one job taught me more about the value of commitment and hard work than anything else I’ve ever done.  The money was one thing, but the fact that my sister got them to hire me for the summer meant that quitting was letting her down, so I forced myself to wake up at 6am every morning, take the subway over there and sling garbage dumpsters around, rain or shine.  To this day, the smell of garbage gives me a bad feeling in the pit of my stomach.

That’s why when I see people promoting garbage products to their audience I get almost physically sick.  These people often promote things that they don’t use themselves and position it like it’s the best thing they’ve ever seen.  The worst smell though comes from people who promote a product or service as being “awesome” when they themselves use some other competing thing “because it’s better suited to them.”  That’s code for garbage covered in BS – a special kind of smell.

These people are just shovelling garbage onto the plates of their audience and trying to tell them it’s a new type of paleo cuisine.

“Ignore the corn bits, but eat up it’s good for you.”

You should never buy something on the suggestion of someone that they themselves don’t use unless they explicitly explain why they don’t use it.  For example, I’ve recommended Shopify to a few people over the years because it’s a good eCommerce platform that I’ve done some work with, but it’s not something I use every day.  I’m always upfront about it.  When people ask me about webhosting, I tell them I use LiquidWeb and I like the service.

If you’re promoting products or services to your audience, be authentic.  Talk about things you use, why you use them, how you ended up using them and be honest about the things that aren’t perfect.  I think people appreciate honesty and if you really believe in what you’re promoting and can demonstrate the value through your own use, then people are not only going to buy more, they’re going to thank you for recommeding it and appreciate that you’re not peddling them a steaming pile of garbage.

I like my marketing efforts to smell like freshly cut grass on a warm summer’s morning.  It’s always better to delight your audience with the smell of apple pie baking in the oven.  And that’s what I try to do with the Casual Marketer Monthly Newsletter every month.  I aim to deliver the sweet smell of fresh air with high quality ideas to my subscribers.  If you want to subscribe to the best smelling newsletter on the planet (ok, I admit I’ve stretched this metaphor way too far), then click the link below to join now.