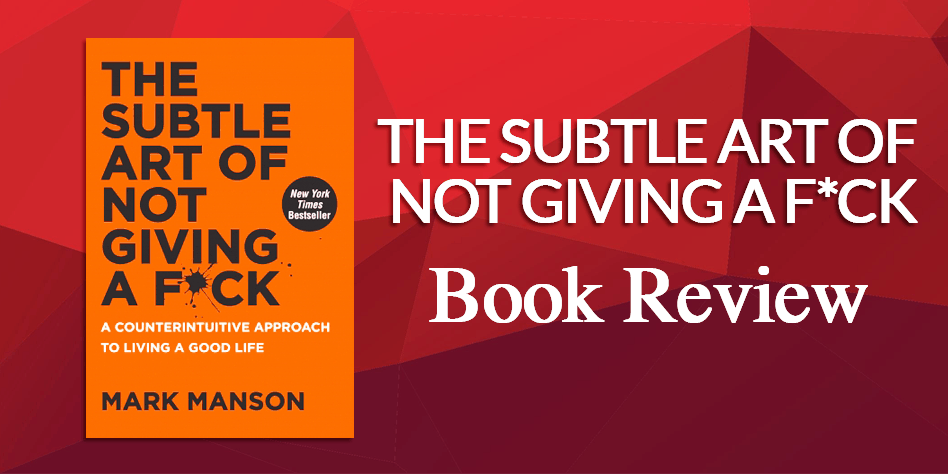 I’m going to be completely honest with you, I found “The Subtle Art Of Not Giving A F*ck” really hard to review and listen to.

Now, you might be thinking that I didn’t like it or that I didn’t agree with the message that Mark Manson was delivering in the book, but you’d actually be wrong.

The problem for me was that much of the first half of the book is pretty much how I already think about life.  I don’t worry too much about what other people think, I endeavour to always maintain full control of how I feel about situations.

I control the “fucks” that I choose to give out.

That’s a key message of this entire book actually.  You will be a happier, more productive person if you control the value that you place on things.  In a crude, but simple way, Manson refers to this as, “how many fucks you give” to something.

Flipping The Script To Gain Perspective

One thing I like about the way Manson talks about things is that he’s constantly juxtaposing the way people “normally” look at situations and how if you flip the script and look at something from the opposite perspective, you can generally turn a negative situation into an opportunity.  Everything in life is a chance for you learn something or for self-improvement.

Ultimately, “The Subtle Art Of Not Giving A F*ck” is a book of two halves.  The first half of the book is more about mindset and really quite philosophical – it is Manson’s unique perspective on life.  I found this really enjoyable to read, it was interesting and I’ll admit that it challenged me to think about the way that I look at things.

The Mediocre Second Half

The second half of the book is far less interesting.  Mark’s initial online success came from his dating and relationship blogging.  Let’s not mince words, this is a topic that bores the absolute shit out of me.  I can totally see how Manson’s outlook on life would resonate for his traditional audience, but that’s not me.  I genuinely am uninterested in people being digital nomads and the relationships they have along the way.

Probably the worst sin of the back half of the book is that Manson comes off sounding a like a smug prick.  He delves into topics that he has an obviously superficial understanding of at best and then offers up little insight beyond his “feelz”.

I really laboured over the back half of the book because of it.  With about 25% of the book to go, I had a really hard time concentrating and started to find myself looking forward to the next book I’d be reviewing – that’s a bad sign.

Should You Buy This Book?

Let me tell you a secret, I started writing the bones of this review about a quarter of the way into it.  If I had gotten to this part of the review then I would have told you to absolutely click the button and go buy it right now!  But then I kept reading and as I mentioned, by the time I got to the back half of the book it became a chore to read.

I’ve not read any of Manson’s other stuff, so for me, it was reasonably fresh.  If you’re familiar with his work, then from what I’ve read elsewhere it may all seem a bit re-hashed.

Having said all of that, I can’t give this book an outright recommendation for you to buy.  I certainly enjoyed reading the first half of it and Manson is a funny guy, but reading the second half of the book was just hard work for me.