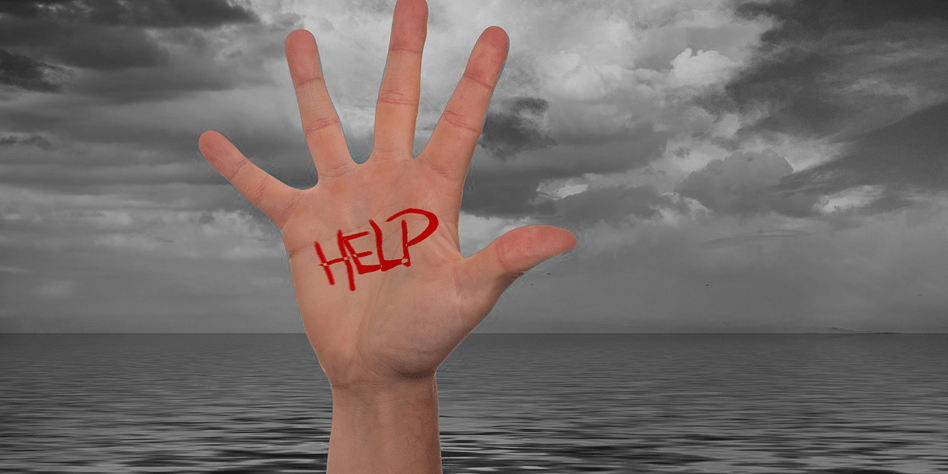 One of the hardest things you can do in life is reaching out asking for help when you’re at your lowest point.  I’m a big believer in government funded help lines and programs because when I look at people I see the human potential.  I just genuinely believe that every single one of us has something to offer, but once in awhile we just need a hand to help pick us up when we’re down.

I thought about this today while I was retelling a story to someone on Facebook about a staff member I had about fifteen years ago.

I was running a development team as part of my job for the company where I worked.  The team was made up of “A” players almost exclusively.  Now I say “almost exclusively” because sometimes I think it’s important to hire the occasional “B” player with potential and see if you can stretch them.  In my experience, when this works out, that person almost always becomes an “A+” player – remember what I said about the power of human potential?

My team at this point were working on two projects, one was really high profile within the company and the other was more of a back office type application that we needed to build, but it wasn’t mission critical.  With that in mind, when we got to about halfway finished, I decided to hand it to one of the “B” players to bring it home and get it done while I moved the rest of the team onto the higher profile piece of work.

This guy was stupidly excited about the opportunity.  He knew his place in the team and he was really anxious to prove to myself and his team leader that he could lift his game.

About three weeks from when the project was due, I knew he was in trouble.  He was just not making the necessary progress to get the project completed on time and to meet the functional requirements of the stakeholders.  Myself and the team leader started meeting with him every afternoon to get a briefing and we kept asking if he needed help, but he said he was good.

With about two weeks to go, I knew he had absolutely zero chance of getting this project completed.  I spoke to the executive sponsor in the company and explained we were a couple weeks behind because of this other high profile project and got an extension.  I kept that in my pocket and didn’t tell anyone.

I really wanted to see how long it would take before this developer would start asking for help or realize he was drowning.  Maybe I was a bit callous in my younger years and admittedly, I wasn’t as good a people manager as I am now, but I told the team leader to not bail him out until he asked for it.

I grew up with my father always telling me, if someone is in a hole, you’ve got two choices: one, you can bury them; or two you can help them out.  He always used to add that a good person helps others out of the hole.  That’s something that’s always stuck with me.

On the other hand, I also think that if you’ve dug yourself a hole and you can’t get out, then maybe it’s a good idea to stop digging.

Normally when I tell this story these days it’s quite funny and I start telling it at this point, but for context it was important to give you the background.

Anyway, we get to the Friday before the Monday morning deadline.  The team leader and I sit down with our developer and I pretty much ask him, “Are you going to get there for Monday?”  He responds, “Yeah, but I have to work through the weekend to make it.”

I knew this was going to be a train wreck, but I couldn’t have possibly envisioned what would happen next.

Monday morning rolls around and I get into the office early.  Our office admin person is there and she’s sitting with my developer getting him to drink some tea or something.  He’s clearly not changed his clothes and there are fast food bags strewn around his desk.

The office admin woman says to me, “He’s not been home and I don’t think he’s slept, but he’s not really making much sense.  I think he’s had a nervous breakdown.”

I walked over to him and as I did my team leader arrived.  He could see that something wasn’t right and when we spoke to him, what came out of our developer’s mouth bore no resemblance to any language spoken by modern humans.  It was a series of grunts, breathy noises and considerable violent blinking.

I couldn’t help but start laughing.

The team leader jumped on the computer and compiled the code to see what he’d gotten done over the weekend and nothing, absolutely nothing worked.  The login screen for the application came up and where the login credentials were meant to be it just said, “F*cking Broken”.

I was in hysterics by this point laughing.  The developer was trying to communicate, but his higher function language centres of the brain had shut down and he was grunting.  And he was kind of smelly.

I had the office admin person take him downstairs, put him in a taxi and send him home to recover.

We then looked into his code and it was equally as entertaining.  There was one whole section written in the wrong programming language entirely and it didn’t seem to do anything – it literally made no sense or served no purpose.  The team leader said it was like trying to change a lightbulb by putting on your socks.  Even his code comments were incoherent babble, just series of characters interspersed with curse words.  It was probably the funniest thing I’d ever seen.

The team leader went back into our source control software to see how bad the damage was and concluded that from about mid-morning Sunday, he’d stopped contributing anything even passably useful and was from that point onward just breaking the software.  He said it was like he’d started typing with his elbows.

I had tears running down my face from laughing.  The damage to the code was easily fixed because we could just roll back to Friday or Saturday and purge his work, but even to this day when I see that developer we still laugh about that weekend.

Now, while I find this story hilarious, there is a lesson there.  When you’re in a hole, stop digging and ask for help to get out.  There are always going to be those people out there who want to bury you, but for the most part, people are willing to reach out and lend you a hand.

The hard part for most of us though is accepting that we need help.  Pride and fear play big parts in this.  We don’t want people to think that we’re not succeeding or doing well.  It’s embarrassing when things aren’t working the way they should to have to seek help.

But here’s one thing I’ve learned over the years… It’s much easier to ask for help when the problem is manageable than when the problem has escalated beyond control.  You don’t always have the ability in life to “roll back the code” to a previous working state.

The other thing that’s really valuable to have is a coach or mentor that you can reach out to for bouncing ideas off of or when you’re stuck, having someone to whom you can make an SOS call to get you out of a jam.

If you’re interested in getting some advice or help in your business, I have a few coaching spots available in my schedule at the moment.  To join the program, you can click the button below, read the information, work out if you think it’s a good fit and if you’re interested in proceeding sign up.