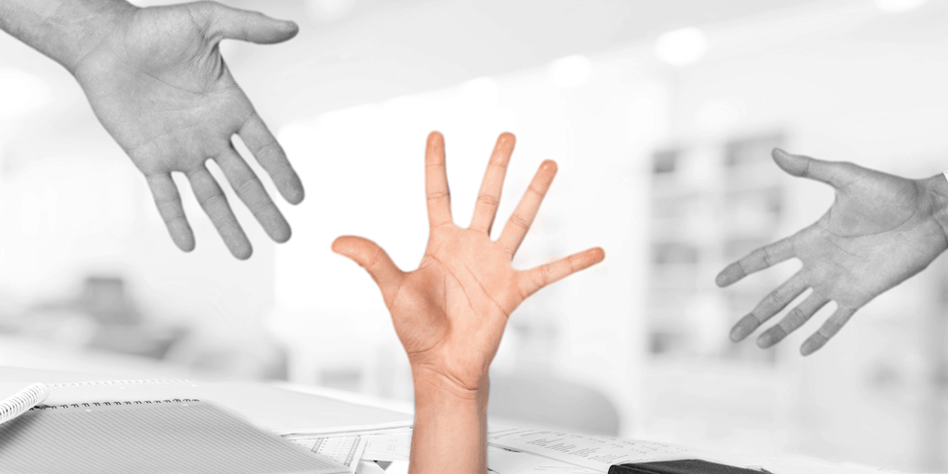 In the blog post, “Bad Advice Is Easy To Come By“, I talked about the plethora of bad advice available online.  You really can’t visit a Facebook Group or a forum without someone utterly unqualified trying to tell you (and sell you) on some particular brand of crazy that they’re promoting this week.

In this post, I thought it might interesting to see the other side of that coin, the people who are constantly wandering the depths of the interwebz seeking out hidden gems of knowledge that they’ll never use in a meaningful way in their entirely nonexistent business that maybe, one day they’ll get around to starting.  And oh man, it will be killer when they do because they’ve spent four years studying how to build a ninja business online.

I have lots of names that I refer to these people as and which one I use tends to depend on the nature of the person asking.  I thought I’d share them with you for a bit of a laugh and so that you’ll be able to spot them and avoid wasting your time with these folks.

The first type of person is the “Advicefare Recipient”.  This individual basically has no ability to get by under their own steam and have now resorted to accepting handouts of advice.  We’re not talking about newbies here, these people on Advicefare like getting free stuff and they don’t really place any value on it as a result.

These people tend to swarm around free forums and groups, but occasionally they’ll also pay for membership.  The idiosyncrasy is that even though they’re paying an entry fee, they still aren’t paying for the advice.  In these communities, these people are usually hyperactive talking about their problems and sponging knowledge off well-intentioned people.

There’s also a sense of entitlement at play.  Everyone “owes” them free information to help them on their journey.  The irony is, that the reason they often achieve very little is because they don’t want to put the work in to get the experience and lessons, they just want it handed to them.

The next type of person is not a name that I came up with, it’s a great internet meme; “The Askhole”.  If you’re not familiar with The Askhole, they are like the second cousin, twice removed from the Advicefare Recipient.

Generally speaking, an Askhole is someone that will ask for your advice and then go ask a bunch of other people the same question.  They have a striking similarity to their cousin the Advicefare Recipient in that they often do nothing with the advice they receive, but the Askhole is far more belligerent in the fact that not only are wasting people’s time, they are actively going out of their way to suck people into their own personal black hole of loserdom.   Sometimes this particular parasite will even take some action, but it will absolutely be the opposite of what people suggested.

Askholes often have this unique characteristic that while knowing nothing, they tend to portray themselves as knowing considerable amounts.  They will parrot advice they’ve been given by people much smarter than them without actually implementing or doing anything practical with it.

There’s a small mutant variation of the Askhole that goes around asking authority figures for their advice so that they can then name drop all the people who’ve told them the path to greatness.  Of course, they would rather stay home and watch Golden Girls reruns rather than make their way down the path.

Then There’s The Professional Student

The third and final type of character I’ll share is the “Professional Student”.  You see these folks all over the place.  The source of their Bruce Wayne like wealth is unknown, but they belong to several paid mastermind groups, they travel to events and they buy every single product on the go.

I once had one of these professional students tell me that they’ve “only” been studying how to build a business online for two years and that he had at least another two years before he felt like he could comfortably “graduate” into actually doing something.  He was equating his “education” like getting a degree, he even took out loans that he referred to as his “student loans”.

That’s the extreme case, but this type of person is really rather prevalent.  As a product creator, I have no problem with them becoming my customer because they are willing to buy everything and they are usually really respectful.  They are low touch customers for the most part.  However, I won’t have them in my coaching program because that just wears me out mentally.  I’m an action-oriented individual and listening to someone tell me why they can’t do things just isn’t worth the money.

“Can I Pick Your Brain?” Disease

These archetypes are shared with you as a bit of fun.  Like all infotainment that I offer, there is a subtle lesson embedded within (and sometimes two).  The lesson today is pretty simple, spot the people who want to attach themselves to you and leech information.  Their opening line is usually, “I just wanted to pick your brain for a second” and I almost always respond with, “That sounds like it might hurt.”

The sooner you can spot these people and fire them off in a rocket at the sun, the better off you’ll be.

No need to say thanks, your humble obedience is gratitude enough.  If you really want to show your appreciation, you could join the Casual Marketer Monthly Newsletter and show me that you’re an action taker because I know you lay awake at night trying to figure out ways to make me happy.  Hahaha!