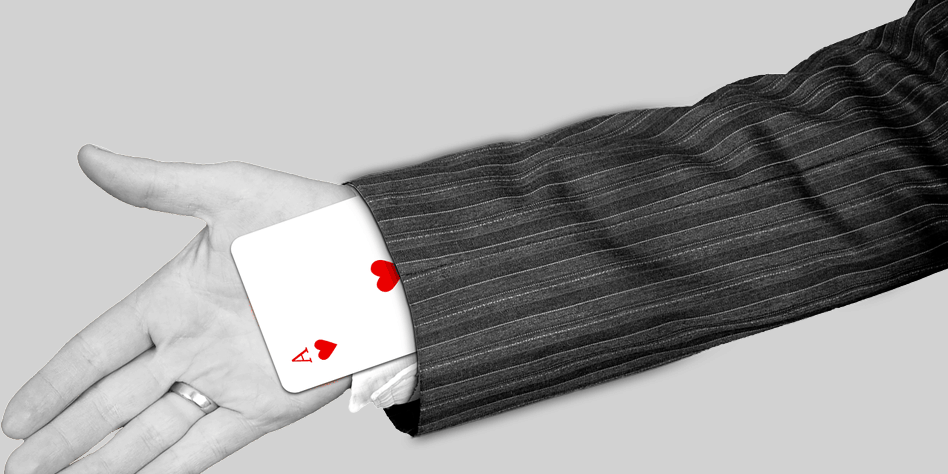 One of the things I absolutely hate the most is when someone starts talking about how much they earn from their online business in the name of “transparency” but when you scratch the surface even a little bit, you realize they are pulling a dirty street hustle on everyone.

I refer to this as “The Big Shell Game”.

There are various versions of it that you’ve no doubt seen played over the years, three card monte or the ball under the cups.  The guy shows you which cup it’s under, then moves the cups around and asks you to pick where the ball is – you know the drill.

This game is one of the oldest con jobs and sleight of hand tricks known to man.  Seriously, there are Ancient Greek writings about it, documents from Medieval England and pictures of it being done in the 19th Century.

The basic premise is that the con man shows you the ball, moves the cups slowly and gives you confidence that you can see where the ball is.  Then the stakes get raised a bit and maybe he lets you win again.  Eventually though, someone is going to palm the ball and slip it in a different cup in flight.

Your Brain Is Lazy

The idea behind this game is actually pretty simple, we trust what we see and when it proves accurate, it reinforces our confidence.  Then our brain gets lazy because interpreting visual signals and turning that into something meaningful is hard work, so our brain stops watching out for peripheral things.  We then don’t notice that the cup goes too close to the edge when it’s moving and we don’t realize that the guy just lifted his hand a bit to change cups.

And it’s in that split second of confidence blindness that the trick gets pulled.

The same thing happens with many of the people who are open and transparent with their numbers to help “inspire” other people.  It’s a gimmick at best and a long con at worst.

The name of the game here is to establish trust.  You see them documenting their revenue (sort of), talking about their successes and their mistakes (that are actually successes in disguise) and you start to buy into the person.

Human nature hard wires us to want to trust people.  Our species has been incredibly successful because of our ability to communicate and cooperate.  When someone shares “everything” with you about where they are at in their business, you can’t almost help but believe them.

Over time, the trust builds and your brain gets lazy.  You start looking at everything superficially.  And just like in the shell game, this is where the sleight of hand takes place.

There are a number of things you start to see happening when you look deeper at what’s going on.  Almost always, the numbers aren’t what they appear to be.  Something is missing – a classic one is that last month’s refunds don’t get deducted anywhere, so the previous month’s revenue was artificially high and a big fat expense was missing.  Another one is when there are payment plans and people don’t pay.

Those are easy to spot for anyone who has a basic understanding of accounting.  The more interesting ones occur when the person being “transparent” doesn’t disclose stuff that makes the story not quite so rosy.  This one happens when you don’t see costs get disclosed or the person bundles a whole bunch of different costs into one big bucket so that it is hard to analyze whether or not the proclaimed successes are actually hidden failures.

The bigger con job though is a combination approach.  They’ve fooled you into a false sense of security and then they trot out what I call the “Be Like Mike” play.  If you recall back in the late 80’s and early 90’s, there was Gatorade ad with the catchy jingle telling us if we drank sugary flavoured water we could be like Michael Jordan.  It was a great ad and it made suburban, middle class white kids think they could be like Mike by drinking Gatorade and wearing expensive Nike shoes.

Well, these “transparent” marketers use this approach fluidly.  They’ve got you believing their story because they are “showing you everything” and then they tell you what tools they are using.  Most of the people who get hooked into this transparency stuff over time are just fanboys and fangirls, they want to be these people, so if their hero uses Aweber, then gosh darn it, they’re going to use Aweber too.

I get it and at one point or another, we’ve all been guilty of it.  And to be fair, most of the time these folks are admitting that they’ll get some kind of commission or payment if you buy.  The problem occurs when the person isn’t really telling the whole truth… And this happens a lot!

Here Comes The Bait And Switch

This one is just an outright bait and switch lie.  The person promotes a product or service and gives it their highest recommendation.  Except they don’t use it themselves and in some cases, they stopped using what they were recommending because that thing just wasn’t good enough and in some cases, the tool actually damaged their business.

Now, not every person who’s opening the kimono is like this, let’s not get carried away.  I also didn’t see the point of people of talking about people who are only transparent with good news; I know you’re smart enough to see right through that.  The point of this conversation was to make you aware of some of the seedier things that go on under the banner of “complete transparency”.

I don’t talk about what I earn ever.  I was raised in such a way that we were told it was bad manners and impolite to discuss such things publicly.  In an era of openness, I still think that’s a good policy to have.

I’ve worked in a very large publicly listed business that made nearly $20B/yr in revenue and they HATED having to disclose their numbers to the markets.  They felt that the level of transparency required hindered them.  I’ve worked in other non-listed large companies where they had to regularly report details to government agencies and it drove them nuts, it was a distraction.  Almost every large business finds financial transparency a nuisance.

And recently, I know of someone who runs a lifestyle business that has always adhered to a “share the gory details” way of operating and he’s backed away from that.  Why?  Because he started managing his business badly.  He stopped investing because he didn’t want his net profit to be lower on his blog posts.  It really damaged his business because he was worried about what random strangers would think.

Don’t get sucked into this transparency trap.  The value to you is marginal if you’re sharing your information and if you’re following people who do, it’s important to realize why they do it – to build your confidence in them so they can pitch to you with your guard down.

If you want to hear what I’m doing, what’s working and what’s not, then click the link below to sign up for my Casual Marketing Monthly Newsletter.  Just the straight story, no fake revenue numbers or anything like that.