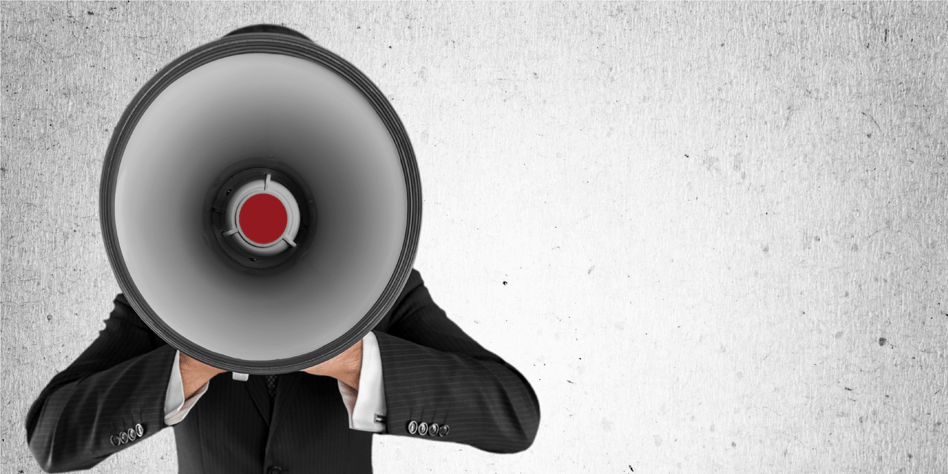 The internet has created and driven a culture of oversharing.  You see people constantly taking selfies and posting every detail about their lives in near real time.  The concept of privacy has morphed into something that’s almost unrecognizable from even as recently as twenty years ago.

For business owners, especially those online, the idea of publishing an income report has become an accepted principle for many.

I’m going to put my bias out there straight away, I think the practice of publishing your income to be absurd.  I’m not going to mix words on this one, I have heard every single “reason” that people do this, but the bottom line is, it’s a mix of stupidity, hubris and a cynical form of marketing.

Let me start by saying that I’ve spent the last 20 years working for large businesses and my experience is that these companies HATE sharing their financial reporting, even if they are obligated to do so because they are publicly listed.  Real companies make their filings as vague as they can legally get away with, without falling afoul of regulators.

Then you have Joe Blogger on the other hand that decides he wants to share with the world the pennies he makes every month from Adsense and outline his ten dollar hosting costs, all in the name of transparency.

Such a load of absolute rubbish.

I’m going to go through the usual reasons why people do this, debunk those myths and then I’m going to wrap with a couple examples of why publishing these things are a bad idea.

On with the show…

Most of the people who produce income reports say they do it because they want to share their journey and inspire people.  They position it as some purely altruistic thing where they are trying to make the world a better place.

In fact, these things do inspire some people.  Those people are called “Losers”.  They inspire losers.

You see winners don’t need to look at how much other people make to motivate themselves to aspire to greater things.  Winners set goals for themselves and they have an inner determination to achieve their goals.  For most of us, improving our situation and making a better life for our family is all the motivation we need.

If you need to see other people having success to help convince you that you want to keep going, you’ve got some bigger problems that you should be focusing on getting fixed first.

I know plenty of people who’ve posted their successes and I am delighted for them, but if I ever found myself wandering around looking at Joe Blogger’s monthly reports to inspire myself to keep going, I’d probably throw myself under a train.

You Don’t Need To Be Accountable To Anyone Else

The next big myth is around accountability.  People who post their income often say that it helps make them accountable.

Huh?  To whom?  Me?  You don’t need to be accountable to me for your income or how you run your business.  I genuinely don’t care.

If Joe Blogger is posting his numbers to hold himself accountable for something, then that tells me a lot about this individual.  I often say that my accountability partner sleeps next to me and my reason “why” is in the next bedroom over.   I’m accountable because homelessness isn’t a great state of being.

I’m sure for some people, using this as their rationale is probably true, I just think it identifies a much bigger underlying problem in themselves that they should address.

The final reason people go for this level of “transparency” is because of social proof for what they’re doing.  I think this is a pretty honest answer, but again, I’m slightly cynical about it.  The social proof element is more along the lines of marketing than anything else.  People who are successful post their numbers because it entices customers to trust them and dare I say, start to hero worship them.

The cynic in me says that what they are actually marketing is hope.  If you read my daily emails or the blog regularly, you know that I hate people who sell hope.  I think they are basically some of the lowest forms of life on the planet.  Why mix words, right?

They are showing people their income, often without much context and trying to con them into believing that if they just keep following, they’ll learn the secrets.  Except the secrets are often shrouded in lies and misconceptions.  People who make the bulk of their money promoting hosting that they don’t use because it doesn’t work or how if you break down their take home profit they’d be better off getting a minimum wage job are usually the ones posting income reports for social proof.

The tricks people pull with these income reports belies belief and some of it is just absolutely fraudulent.

Putting aside my feelings about it, for the most part, I think it’s really bad for your business and let me explain why with a few examples.

Transparency Can Be Bad For You

The first one is the person who is just starting out.  There’s a Sarah McLachlan album that is one of my all time favourites called “Fumbling Towards Ecstasy.”  I always loved that album title and it does describe pretty well people who are just starting out in their online journey, blindly feeling their way around in the dark to hopefully something better.

From a marketing perspective, if you have a pretty strong growth curve, then these income reports can be a real weapon in your arsenal to show people you are someone to be reckoned with.

Unfortunately, most people aren’t on that kind of trajectory.

What ends up happening is you look like a newb who’s wasting their time and people don’t respect you.  I saw an income report from a guy today who has been doing this online gig for over a year full-time now and he’s making the equivalent of about twelve bucks an hour.  He’s really excited because his income went up 40% this month!

How can this person teach you anything?  Are you meant to take inspiration from this?  I can’t see any upside.  It just makes this guy look like an epic failure.

Why Put A Target On Your Own Back?

The next example is of the people who post their income reports and they look like they are starting to have some real success.  Sometimes that’s just hype, they start talking about imaginary “run rates” or playing silly buggers with the numbers and other times, they are really starting to make some good money.

That’s when the copycats come out.  Desperate people see dollar signs and think, “Well, I could do that cheaper” so they create a clone to try and cut your lunch.  It is amazing how often this happens.  I know one person who deals with this and it’s like the circus game, “Whack-A-Mole”, every time one clone rips him off but goes bust another two pop up and that their place.

This has a couple different impacts: first of all it just distracts you.  Instead of focusing on what you’re doing, you’re trying to fend off imposters.  Secondly, it does erode the value of what you’re offering.  For the most part, I don’t think competition is ever a bad thing, but when you’re publishing income reports that generate clones who then engage in a race to the bottom on price, that’s not good – you’re making a rod for your own back at that stage.

The final example that I’m going to discuss is the one that was most disturbing and highlights the real downside to this tactic.

There is someone I know loosely who has a lifestyle business and he pretty much leads a digital nomad lifestyle.  If you’re not familiar with these terms, it basically means that the purpose of what he does is to fuel his lifestyle first so that he doesn’t need a job and he lives wherever he wants, often in southeast Asia because it’s cheaper to live.

This guy has a great little training and info product business going.  I have respect for what he’s accomplishing and I think he gives people good value.  I didn’t really think much of his income reports, although I do check them out whenever he publishes them because I’m a nosey parker.

Just after Christmas he announced that he was going to pull back on releasing his income reports because they were driving the wrong behaviour in him from a management perspective.  To consistently grow his bottom line so that his income reports looked good to John Q. Public he had made several poor decisions around investing in his business.  He was strangling his top line revenue growth by not investing in things just to keep his expenses in check.

He laid that poor decision making straight at the feet of the income reports that he was publishing.  In an effort to appease an anonymous crowd who had no stake in what he was doing, he damaged his own business over the short and medium term.

This is exactly why public companies hate having to divulge their numbers.  To appease the media and analysts they end up making bad tactical decisions that negatively impacts their ability to properly execute their broader strategy.

I never talk about how much I earn, how many customers I have or even how much traffic I get.  Some people say that I’m hiding something, I in turn ask them if they’re my accountant or my wife.  My mom used to have a saying, “Ford doesn’t tell General Motors their business.”  I usually get quite crochetty when people ask those questions as well.

My strategy doesn’t rely on lame tricks like income reports to attract leads and potential customers.  I depend on producing quality information and making people aware that it’s there.  If the content doesn’t speak for itself, then really it won’t matter how much I earn.

I’m able to get away with this because I do actually have a strategy.  I find it amazing how many people don’t.  They have some tactics and tricks they try and use to “hack” their way to success.  That’s just not my style, I’m more into developing plans for long term success that require you to invest real effort.

In the April 2016 issue of the Casual Marketer Monthly Newsletter, I’m going to share my process for creating my strategy.  I am eventually going to create a high end coaching program to help people do this, but I figure that my subscribers can get the inside track on learning how I do it so they can implement this in their own activities.

If you’re interested in learning how I pull together strategies, then I encourage you to join the newsletter today by clicking the link below and completing the form.