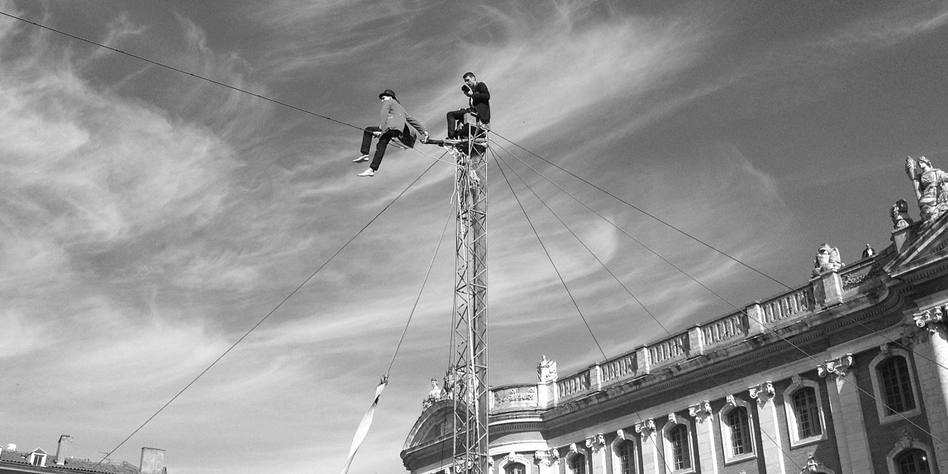 Going out on your own, taking on a side project, starting your own online business or however you want to characterize what you’re trying to do, let me just tell you that it’s pretty hard no matter which way you slice it.  One thing I always try and do is give you complete honesty with respect to what you’re facing.  Being what I call a “Casual Marketer” means you have chosen the path that is not easy.

Plenty of people fail and many of us fail multiple times.  For every success that I have in my business, I reckon I’ve had ten things that didn’t work out as well as I’d have hoped or imagined.  That’s life.  I don’t sit here and “brag” about my failures, I take mental notes, analyze what happened and then make sure that I don’t make the same mistakes again.

In fact, I don’t really know anyone who succeeded on their first attempt.  Everyone I know who’s had some success in an online business has had to pivot at some stage at the very least if not try a bunch of different ideas after having had repeated setbacks.

In simple terms, this path you’ve chosen has an inherent level of risk.  Some of that risk is financial, some of it’s potentially wasting a lot of time and without doubt, one big risk is the strain it can put on your personal relationships.

With that in mind, do you really need to be doing things that exacerbate your situation by taking unnecessary risks?

One thing that really irritates me is when people trot out the saying, “Leap and the net will appear.”

Yeah, no it won’t.  The universe isn’t looking out for you.  Get that out of your head right now.  If you take stupid and unnecessary risks, then you deserve to be punished, not fall onto a fluffy bed of pillows and given a warm cocoa at the end of it all because you had a rough landing.

This usually comes down to people quitting their jobs so they can dedicate themselves to their one true passion, leading a life of abject failure resulting in homelessness.  Because that’s what happens to people who have no income and decide that they need to start their own online wine tasting yoga forum – they become become homeless.  Or a massive burden on their family and friends while they couch surf their way to Loserville.

What’s that I hear you cry?  You just watched a sales video where the person is giving you the keys to the kingdom and he says you don’t need any skills at all to make “sick bank” and “fat stacks” in less than a week?

The Importance Of Having A Strategy

What I’m telling you is to find something, focus on it, come up with a strategy and invest your spare time to make sure it works before making any real, life changing commitment.  That’s not sexy!  That smells very much like hard work.

I know you’re probably thinking it’s much better to run around and do a bunch of stuff aimlessly because you’ve been told to “be everywhere”.  The people telling you to behave like this are absolutely “killing it” so you totally should model their random acts of crazy.  To stick with the homelessness theme, that kind of sheeple like behaviour of emulating other people’s random acts of nonsense is the equivalent of modelling your lifestyle after the homeless guy with the most stuff in his trolley.  You’ll have a lot of stuff, but most of it will just be garbage nobody else really wants.

I know that many people feel the urge to rip off the suit and tie, break the chains of corporate oppression and throw on their hoodie just like every other little entrepreneurial snowflake out there, but I’m telling you, that’s not in your best interest.

I’m going to just assume you want to be really good at whatever you’re thinking about doing.  You have to be ambitious and hungry to do well online, that goes without saying, but that desire to be successful is vital and often overlooked.

Here’s the thing though, you have to harness that emotion and fight hard to keep it in check.  Use it to motivate yourself for the long hours ahead and the work you’re going to have to put in to get what you want.

If you let it cloud your judgement, you’re in big trouble.

More importantly, you put yourself on the clock.  See here’s the thing… Unless you’re Bruce Wayne or Tony Stark and have mountains of money, when you do something crazy like quit your job or go out and hire a bunch of people to write software for you on speculation, you’re burning your runway.  If the plane doesn’t take off, you’re in trouble and the closer you get to the end of the runway, the more pressure you’ll start to feel to have a successful take off.

That’s when mistakes occur.  That’s when people take shortcuts.  That’s when epic failure happens.  The kind of failure that is irretrievable and undoes all of your previous good work.

And it all starts with poor decisions made by taking unnecessary risks.

So how do you combat that?

I know I say this a lot, but I’m going to say it again… Run your own race.

Seriously, don’t let other people tell you that you’re going too slow or compare you to someone else.  Think about it, those people have no stake in what you’re doing, if things go belly up for you, what do they care?  I often refer to these folks as the “peanut gallery” because they are just blindly criticizing you from the cheap seats.

When you’re just starting out, in my opinion it pays to be conservative.  It’s human nature for us to be optimistic when we want something, so it’s important to dial back your expectations and look for what could go wrong.  From there, figure out what you have to do to combat that and overcome it.

It’s all about having a strategy that works for your situation.

In the April 2016 issue of the Casual Marketer Monthly Newsletter, I’m going to deep dive into how I put together my business strategies for myself and for other people.  The idea is to teach you how to do it so you can apply it to your own efforts and shortcut the learning process while increasing your chances of success faster.

If you’re interested in learning from someone who is doing what you’re doing or what you want to do then click the link below and join the newsletter now.