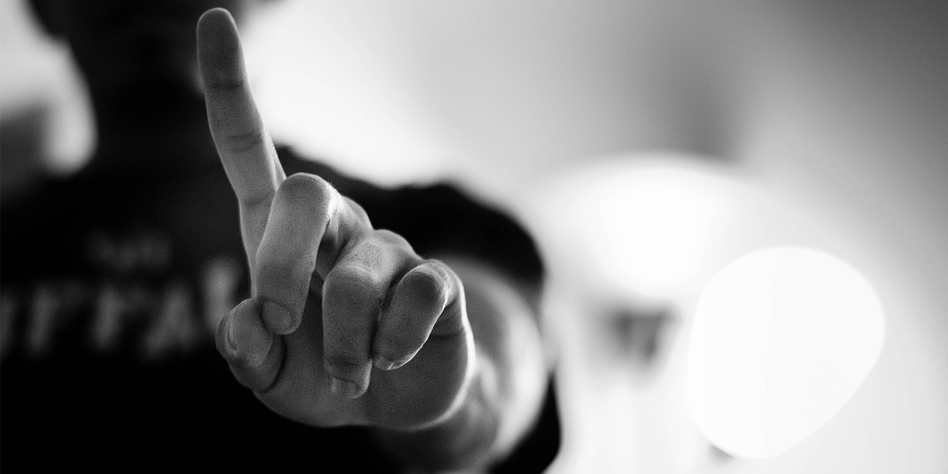 One thing that I run across quite often when I talk to people about their biggest challenges is the lack of support they get from their spouse or partner, their family and their friends in general.

I’d say that of the people that I consider to be Casual Marketers at least 50% of them feel that the people closest to them are actively discouraging them from pursuing their online goals.  And for many of those people, you can see that this situation seriously puts them in a bad space mentally and emotionally.

So in that respect, I’m pretty fortunate.

Who Care What People Think?

When it comes to friends, I genuinely don’t care what other people think.  For the most part, the opinions of others about me and whatever I do pretty much never even hits my radar.  I’m not oblivious or anything like that, I just don’t care.

And without doubt, I consider that utter disregard for the opinions of others about me to be a core strength.  I just run my own race and ignore what the peanut gallery has to say.

But, like I said, I do know for some people out there reading this that it just isn’t that easy to tune out the noise.

With that in mind, let’s talk about some strategies to help you cope.

The first thing that we need to accept is that the people closest to you, the ones who care about you the most are genuinely trying to help.  Unless you’re married to a sociopath and your friends are like characters from Lord of the Flies, you have to understand that they don’t want you to fail.

People I’ve spoken to say, that just coming to this simple realization helps them understand the motivation of those closest to them and why they may seem quite negative about what you’re doing.

My advice, don’t try and make them “see the light”.  You could spend a countless amount of effort trying to convince them and fail – it’s just a waste of time.  The best thing you can do is focus on what you’re doing and get some runs on the board.

Here’s the thing that I do know and I promise it is totally true – when they start seeing you have some success they’ll get on board really quickly.  Again, it’s not because they’re bad people.  What will happen is that they’ll make the transition from trying to protect you to trying to encourage you to reach new heights.

Just be a bit careful about what successes you share.  Getting 100 Likes on a Facebook page may seem like a big breakthrough, but for the people around you, that just reinforces that you’re wasting your time and have lost perspective.  You are best served sharing real, tangible successes that they can relate to – picking up a big new client, making a certain amount of revenue per month, achieving a profit goal.

The next thing you need to try and do is find some kind of peer support group or community of interest that you can join.  Having a support network that can relate to what you’re going through is important and if you’re friends and family aren’t on board just yet, this becomes even more vital.

I’ve been part of a couple of online communities, forums and meetup groups for a few years now.  The forums are great for being able to tap into a wide range of skills and talent.  The meetup groups are probably my favourite thing though because I just like to get out once in awhile and swap stories over a few glasses of coke with like minded people.

Try and avoid groups where people are pitching themselves and their services all the time.  In the communities I’m in, there is pretty much zero pitching allowed and I really prefer it that way.

And if you’re so inclined, start your own group.  When I started to publish courses on Udemy, I started a local meetup group of Udemy instructors and students in Sydney.  We met a couple times last year and I met a bunch of new people that were really different from the other communities and groups I was part of.  It doesn’t take much effort to coordinate something like this and it’s good fun.

Consider A Coach Or Mentor

The third strategy you could look at is to get yourself a coach or mentor.  This will probably include some cost, but the truth is you’re paying this person to objectively look at what you’re doing and give you advice.

Here’s the thing, your family and friends could actually be right, you may possibly be barking up the wrong tree and wasting your time.  The relationship with close family and friends clouds our judgement about the validity of their feedback.  If you are in love with your own idea, then this compounds the problem.

A good business coach or mentor can really cut through the BS for you.  They can be the voice of reason and the objective third party.  Their job is to make sure you’re making well thought out decisions and following through.

You obviously need to be careful though.  Every 25 year old hipster that didn’t like their first job out of school because they weren’t made Grand Imperial Poobah in their third week has become a life and business coach these days.  Avoid these kind of people like the plague, they are pretenders.

Find a coach or mentor that you respect, who you know has been around the block a few times themselves and one who has had some success in their own life and business.  What you really don’t want is to be working with someone who is struggling to make ends meet themselves because they’re potentially compromised in the feedback and perspective they can offer you.

I would avoid making a long term commitment to someone you haven’t worked with before.  In my coaching program, I leave it largely open to anyone who wants to sign up because I see the first month as a “trial” period.  They pay for the initial month, that covers two sessions and then we discuss whether they want to continue, if so, great and if not, well best of luck.

It’s very risky in my opinion to sign up to a coaching program you’re unfamiliar with on a long term commitment.  For example, once or twice a year I make available to my existing coaching students the ability to book their spot for six or twelve months in advance.  I have limited coaching spots due to my own time constraints, so this ensures my existing clients get a chance to lock their places.  I would NEVER make that offer available generally to people I didn’t know, even if they were waiving the money at me.  So be careful about people who “need” you to commit.

Pulling It All Together

To sum up, those are three strategies you can use to keep yourself positive and moving forward when faced with a lack of support from those around you:

1) Understand that your friends and family mean well and have your best interest at heart.  When you start having some wins, they’ll get behind you and be your biggest supporters;

2) Find a peer support group.  Communities and forums of like minded individuals are great because the people there can relate to you in a more honest way.  If you can find a local meetup group, I reckon those things are gold; and,

3) Think about getting a coach or mentor.  Having a third party that is exclusively focused on your success and can offer authentic (and sometimes painful) perspective is invaluable.  Just be a bit careful about who you choose to work with because like anything, some coaches are better than others.

There’s probably a fourth thing that you can do to help you cope in your online journey, but adding it to the list would have sounded incredibly self-serving.  That fourth thing is signing up to the Casual Marketer Monthly Newsletter.  Every month I share with you situations that I’ve dealt with and real experiences I’ve had.  It’s like having your own little coach delivered to your post box every month.

To become a subscriber, click below and you’ll be taken to a relatively short page that describes the benefits of becoming a member!