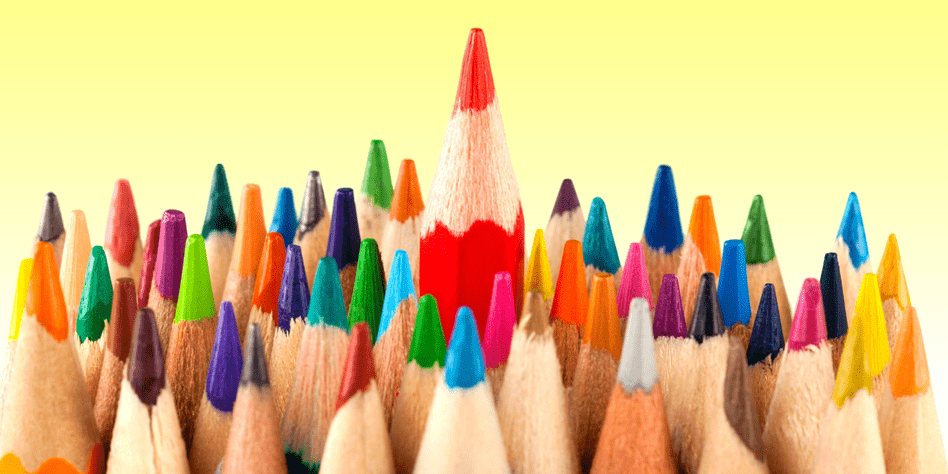 In the January issue of the Casual Marketer Monthly Newsletter, I told subscribers about how 2016 was the year I was focusing on being a leader and building my audience.  One of the secrets of online success is building your own loyal following.

Note that I said “following” in that last sentence.  By default, that implies that you are their leader.  This is a very important element that often gets overlooked, particularly by the social media crowd who value “Likes” and “Retweets”.

I believe that the vast majority of people in this world want to be led.  They aren’t interested in being a trailblazer or being someone that people look to when they want or need something.  Most people just want an easy existence and they want to be told what to do.

If you want to be very successful in your business, you need to lead.  You need to be the person playing the tune that everyone in your audience is dancing to.  You have to inspire, educate, motivate and entertain people that choose to give you their attention.

If you don’t, they’ll just go somewhere else to find leadership.

Being A Leader With Little Willie Shakespeare

Slight tangent, a small morsel of information that most people probably don’t know about me… I’m a Shakespeare fan.  When I was in high school while everyone groaned about having to read King Lear or read Sonnets in English class, I was quietly quite excited.  I read Hamlet when I was 13 because I found a copy on a TTC bus in Toronto.  I liked it, so I went to the public library that summer and read pretty much everything Shakespeare wrote.  I remember the librarian coming over and telling me that perhaps I was too young for some of these books.  Methinks perchance she wished to claim my maidenhead – sorry, Romeo and Juliet reference.

Sorry, got lost there for a second!

Anyway, the point I was trying to make before wandering off was that for many people, being the leader of a community or group is exceptionally hard work and they find it all a bit stressful.  And it is hard, don’t let anyone tell you differently.

When you’re trying to run an online business, the need to lead your own following is imperative.  The marketplace online is heavily fragmented and becoming more so every single day.  A few years ago, it was easy to be a thought leader you just created a blog, maybe a podcast, pulled together the occasional video and you were halfway home.  Today, there are over two million blog posts created every single day.

The Game Has Changed

This is where leadership is vital.  I said that a couple years ago just making some blogs posts got you halfway home.  The other half was having something to say that was worth actually listening to.  That’s even more important today.

Notice how I didn’t say you had to have something “original” to say?  It’s pretty subtle.  I don’t think many of us have too much original to say any more, myself included.  I read an article today by a research scientist from Saint Mary’s University in Halifax, Canada talking about how telescopes around the world captured a massive coronal ejection from a black hole – that’s original, nobody’s ever been able to say that before.  But me talking about how to build an online business when you’re a busy professional, yeah, I’m pretty sure some other people have covered that a few times.

And I’m totally ok with that because my “leadership” isn’t coming from a place of complete originality, it’s coming from personal experience and putting my own stamp on what I’m doing.  I’m leading by sharing my experiences and my unique perspectives.  I’m offering certain things a bit differently to people interested in this topic – I’m doing physical newsletters, daily emails and some more stuff to come.

Which leads me to the second part of the subject of this email – “follow”.

Being A Good Follower

Now, you know I think slavishly copying people is lame and you should never do it under any circumstance.  With that said, you’d be a fool not to follow in the footsteps of people who’ve successfully done some of things you want to do already.  For example, as I’ve mentioned in the past, I was a subscriber to Dan Kennedy’s “No BS Newsletter” for years and I liked Ben Settle’s daily email routine, so I decided to follow their lead.  I’m not the first person to ever write long emails and tell stories, Andre Chaperon does that really well.

On and on we go.  I could name a dozen people who have inspired me to do certain things the way I do them now.  I’m following their lead.

This is where people mix stuff up.  To me, it’s the whole “Uber for Cats” type thing – the person basically just copies something that’s successful in one place and randomly misapplies it to a different market.  There are literally thousands and thousand of people in the fitness industry and millennials offering life coaching doing this – it’s mind bogglingly stupid.

You see these people all the time.

“Hey, I’m Josie, I’m 23 and after working in the corporate world for seven days, I couldn’t stand it anymore.  They just didn’t appreciate talent.  I quit and have decided to follow my true passion.  I just released my new core strength training program for diabetic one legged taxi drivers name Wanda and the response has been totes amazeballs.  The feedback on Instagram has been unreal.  I’m now taking students for my unique life coaching program where I work with them to find their ‘why’ based on my unique journey to success!”

You’re probably laughing because you’ve seen nine of these type of people posting in Facebook groups today followed by their gaggle of idiotic sycophants telling them how awesome they are and that they’re so inspirational.

They aren’t leading or following, they are just ripping off other people and shamelessly copying them.  They’re not experts in anything and they have nothing contextually original to add either.  These people fall into the “Don’t Bother” category.

If you don’t have something valuable to contribute, then don’t contribute.  It’s true, I’m telling you to stop.  Most people in my position would be telling you to push on, “the world needs to hear your voice” and they do that because inspiring you makes you feel better about me and it might convince you to reciprocate with buying my stuff.

That’s not how I do things.

If you’ve got nothing to add, don’t waste your time or anyone else’s.  Spend that time figuring out what you can offer that’s additive to the conversation, that helps move people forward and that generates value.  (Here’s where I inspire you) I firmly believe, that’s in each and every person there is something inside you that’s unique, that if you can find it, draw on it and figure out how to share it, you are going to be able to add value to plenty of people.

Don’t worry about the diabetic one legged taxi drivers named Wanda who want to improve their core strength and get life coaching, Josie has them covered.

If you don’t want to be a Josie, then I suggest you click the link below and go join the Casual Marketer Monthly Newsletter right now.