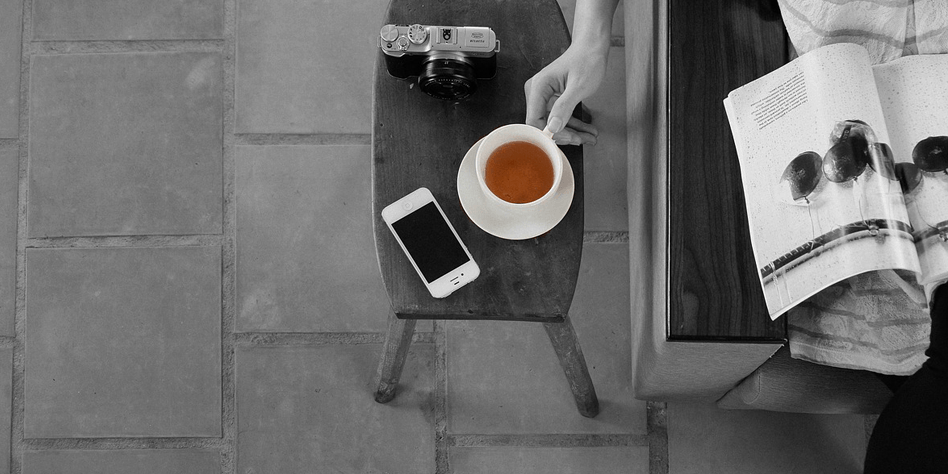 Sometimes I sit on the bus and I wonder how the world functioned before the iPhone and Android devices became so readily available.  How did we manage to survive the 11 minute trip into the city on public transport without Facebook, Instagram, Spotify and four different messaging apps.

That’s kind of quaint romanticism because the truth for the 30 years that I’ve been taking public transport people read books, newspapers and listened to music devices of varying descriptions.

The fundamental truth is, people need to be constantly distracted with something to keep their minds active.

Having Some Self Discipline

Here’s the thing though, the need to have constant stimulus and keep our brains active is not a free pass on having personal discipline.

I have lost count of the number of entrepreneurs who have said to me that they have “Entrepreneurial ADHD” and they can’t focus because they are always attracted to “bright shiny objects”.

Back the bus up, I call BS.

First of all, let’s talk about “bright shiny object” syndrome.  It’s a myth.  It’s a myth that was fabricated by undisciplined people who take any opportunity to skip hard work and look for something new to grab their attention.

Monkeys are attracted to bright and shiny objects.  While they are primates and have shown a level of “intelligence”, let’s not mix words here, monkeys are pretty stupid animals.  Your average gibbon isn’t texting while driving his car.

So saying that you’re attracted to bright and shiny objects basically says you’re as stupid as a monkey.

Second, and more importantly though, it says you lack even a modicum of discipline and self control.  That some greater force of attraction than your own will power is drawing you away from what you want and need to do, towards something else of lesser value.

In my way of thinking, it’s a big giant load of crap.  It’s easy, it’s lazy and it’s weak to just dismiss your lack of discipline so flippantly.

The trick is that there is no trick to solving this problem.

You need to reach down inside yourself and figure out why you’re allowing yourself to be distracted so easily and why you lack the self discipline to knuckle down and get stuff done.

For Casual Marketers, people who may already have a full time job, an existing business or are doing this as a side business, this lack of discipline can be a real showstopper.  If you have limited hours to get stuff done and you spending it bouncing around from one thing to the next, then you’re behind the eight ball just starting out.

From my experience, there are two kinds of Casual Marketers: the first group are laser focused and their limited time motivates them to just get stuff done.  The second group lack the desperation because their primary gig is paying the bills and their online efforts are more hobby than business, so they are toying around.

I like people who are able to reflect on their own behaviour and situation, so take a minute and think about your own situation.  Which group do you fall into?  It doesn’t matter either way, there’s really no wrong answer.

Do You Have A Business Or A Hobby?

If however, you fall into the group who are easily distracted because they’re treating their online business as a hobby more than a business AND this isn’t how you want it to be, then use this as your wake up call.

Stop toying around with seven different plugins to collect optins for your site that gets no traffic to build a list you have nothing to sell to.  Don’t sign up for that Facebook Ads course when you haven’t even got your site together to send those clicks to.  Refrain from signing up to that $100/mth shopping cart you don’t need because you’ve not created your product yet.

There’s no magic bullet here, it just requires that you focus and show some self-discipline.  Figure out the things you need to get yourself moving in the right direction.  If you’re stuck entirely, visit my coaching page and sign up for that to get some help.  Take some kind of positive action to get yourself sorted out!

The other key element of overcoming this distraction is persistence.  I chalk up much of the success I’ve had in life to being persistent.  In the March issue of the Casual Marketer Monthly Newsletter I’m devoting the entire issue to persistence and why it’s so important.  Click the link below now to join and avoid missing out.